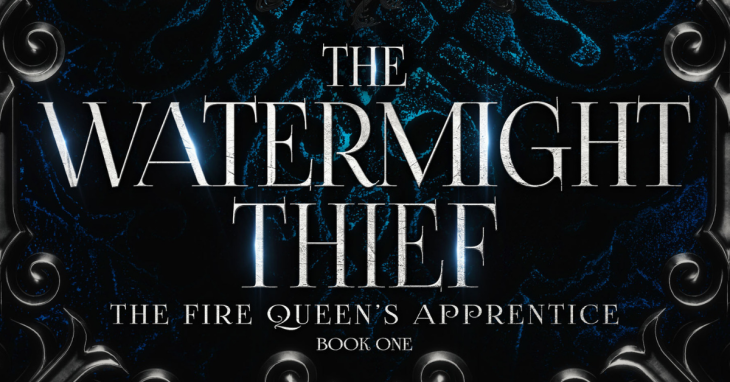 We’re only four weeks away from the launch of The Watermight Thief, the first novel in my new series set in the world of Steel and Fire. I’m going to share something each Friday until the February 15th launch. This week, it’s the official blurb!

Welcome to Pendark, a city of murky canals, brutal gladiator fights, and sorcerers who feud over access to the silvery magical substance known as Watermight.

Tamri is a scrappy magic thief who’s trying to get her grandmother out of this festering swamp of a city. But when a quick score involving a dragon goes wrong, she’s shipped off to a distant mountaintop kingdom where the legendary Fire Queen is starting a school for magic wielders.

The King of Pendark suspects the Fire Queen is up to something more dangerous than training young wielders, and he orders Tamri to find out the truth. If she fails, neither she nor her grandmother will survive the school year.

Return to the world of Steel and Fire in an all-new adventure set five years after Night of Flame.

P.S. You don’t need to read the Steel and Fire books to enjoy The Watermight Thief, but it does contain spoilers for the original series. Start here if you want to read that first, or check out the trailer!