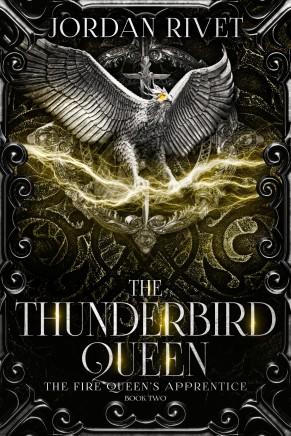 A dangerous magic swells across the land. But who is controlling it?

Tamri is finally free of the oath bond and apprenticed to the Fire Queen. Their first task: figure out how to seal up the newly unleashed Lightning. The treacherous substance is spreading, affecting the dragons, the Wielders, and Tamri herself—not that she’ll admit it.

With unfinished business back home, Tamri travels to Pendark to rescue her grandmother. But she’ll get more than she bargained for when she comes face to face her grandmother’s captor—who wants the Lightning for himself. Saving Gramma Teall could condemn the rest of the continent.

Meanwhile, vicious thunderbirds attack the mainland. Someone is using Lightning to control the magical creatures. Tamri must discover their identity before everyone she loves perishes beneath the swarm.

Read the epic sequel to The Watermight Thief on Kindle, paperback, and Kindle Unlimited, or listen to the Caitlin Kelly-narrated audiobook on Audible or Amazon now!